Rich Harden is not heading to Boston and the pitcher will start will start Tuesday for the A’s. According to an MLB source, the Red Sox pulled the plug (Harden is on shoulder, hip, back, trunk and elbow life support) after reviewing Harden’s medical records and coming to the conclusion he would not be able to get through the season and they already have enough pitchers on the medical edge.

Oakland would have sent Harden to the Sox and sent Triple-A first baseman Lars Anderson to the A’s. The latter was of concern to the residents of Brookline, MA, a loyal community of Red Sox Nation. Had Anderson done well for a competitor they would have had to consider changing the name of Larz Anderson Park, a major green space within Brookline. 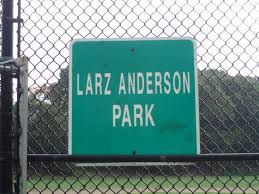